How about these apples? So after stating my Chronic Maternal Guilt Syndrome that is due to my pain – it now increases to my gene pool passing to my child.

When I was little I used to have cold feet all the time. I always went to bed with a hot water bottle, socks and loads of blankies. When I was about 7 or 8 years of age – I started getting brutal growing pains in my knees.

In my teens I was an active skier – racing and instructing – and I was given anti-inflammatories for the pain in my knees. My femurs (thigh bone) was inturned and rubbed against my Patella (knee cap) and was causing pain. Other people are called “Knobby Kneed”.  Episodes of  blinding pain in my back started, lasting about 3 minutes. There was no explanation, warning or reason – it would just happen. Strong deep aches in my right elbow started to occur and I would have to massage it or just ride it out.

In my ’20’s I got carpal tunnel syndrome from doing repetitive administrative work. (A B.Comm and $30k in student debt to put data in a computer and file things alphabetically – the job sucked). I used a wrist brace and would just take breaks every now and then, didn’t go to a Dr. for it.

In my ’30s during pregnancy, I had sciatica because I had enormous babies resting on my spine. Bladder too, but peeing my pants when I sneezed or laughed – seemed like something that just happens to pregnant women.

I was 33 when I had the epidural – which triggered my Chronic Neuropathic Pain. The majority of my pain, travelling along the entire right side of my body. Strongest  in all the places I had experienced pain during my life. It was like it was the “Red Button”  got pushed and a bomb exploded in my Central Nervous System.

My youngest daughter is built like me – slightly knock kneed and her right foot is turned in a little. She has always been a little wobbly – gross motor skills not her forte – but not cause for concern. We call her our Little Bumbler.

Last Spring, she started to complain her feet were “fuzzy”. I asked if they felt “prickly” – she said yes. Soon, about 2 – 3 times a week she was complaining that her foot was hurting. At her annual check up, I asked my old Useless GP  about this. He did a joke of a spinal assessment – having had about 1,000 of them, I am familiar with the process. He said, “it would be silly to do this, it is just numbness – no big deal.” Ok, now with my history – MAYBE – some further investigation should be done? Also, it isn’t normal for a child to have their foot fall asleep that often.

The complaints started about aches in her knees and lower back.  I found a new pediatrician. He took my concerns seriously – and referred me to a Pediatric Neurologist. I am not panicked – but I want to rule out anything seriously wrong and/or prevent her from being like me. I think that is fair?

The Pediatric Neurologist was lovely. He did a good evaluation and has requested further blood tests to see if she has – Hereditary Neuropathy with liability to Pressure Palsies or HNPP. He said based on my history, I should be tested too.

So, off I go to another neurologist to ask for a blood test to check if I have the gene. My daughter will have the same test.

I asked him why hadn’t any other Neurologist tested me for this before – or even mentioned it? He said – it is rare and a lot of these rare or different Neurological problems – are just not considered and you get a diagnosis of “Fibromyalgia” or something like that. My impression of his opinion – he did not state this clearly – but that Fibro is a diagnosis given when the symptoms are unique, strange or not conclusively easy to diagnose.

So what is HNPP?

Hereditary Neuropathy with liability to Pressure Palsies or HNPP is a slowly progressive, hereditary, neuromuscular disorder which makes an individual very susceptible to nerve injury from pressure, stretch or repetitive use.

When injured, the nerves demyelinate or lose their insulating covering. This causes episodes of numbness and weakness in the injured area, which are referred to as the ‘pressure palsies’. These episodes can be mild and more of a nuisance than anything, or so severe almost all movement in the affected limb is impossible. They may last several minutes to months. Because the symptoms can come and go, and most neurologists have not yet heard of or seen a case of HNPP, it can be very difficult and lengthy process to be diagnosed.  – source:.http://www.hnpp.org/

These symptoms are also present in the face of many different Neuropathies. They may also happen in some people and not in others, they also vary in their severity. Some patients don’t have any pain, while some have severe pain. It can last for a few hours or a few months. A patient may have one, two or all of the symptoms. It is a little elusive and difficult to track, diagnose and treat.

This is a Genetic condition; both male and female persons are equally affected. A child has a 50% chance of inheriting this disease. About 2 in 100,000 persons are affected.

The depletion of the myeline on my nerves, I am sure, has significantly contributed to my pain. Again I ask the question, after seeing 3 different Neurologists, why didn’t they even mention this. Now, I don’t know if my daughter or myself have it, but it seems to make sense to me. There is no cure for this and she will have to learn to live with it like I did. However, maybe she doesn’t get an epidural or doesn’t take a job with repetitive motion or if she does have a physical trauma – I will be armed with the information of this condition – which may help her treatment and recovery.

If it wasn’t enough that my Chronic Pain has impacted their little lives in so many ways, now I may have passed this on. I know there is nothing I can do about it, but be prepared. Besides we don’t even know if we have it or not, but if there was one thing I have been received of, is that the pain was mine (physically) not theirs. I cannot bear the thought of her living like this. My sweet little baby – I just pray that she doesn’t have HNPP and if she does – it never gets to this stage.

Error: Twitter did not respond. Please wait a few minutes and refresh this page. 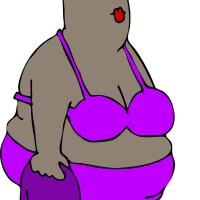 This site is not a substitute for medical care and/or advice. Please consult your physician for any and all treatments, advice, consult or questions regarding your situation. The content of this site, is a forum for the personal perspective/experiences of each participant, only, not as a substitute for professional care.
%d bloggers like this: